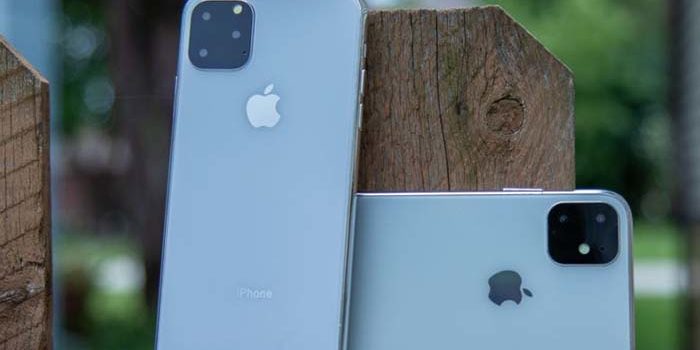 apple170 iphone81 iPhone 112 news22
New rumors around the iPhone 11 are swirling, and they’re all rather impressive. Apple’s had some issues lately moving phones, as people are keeping... 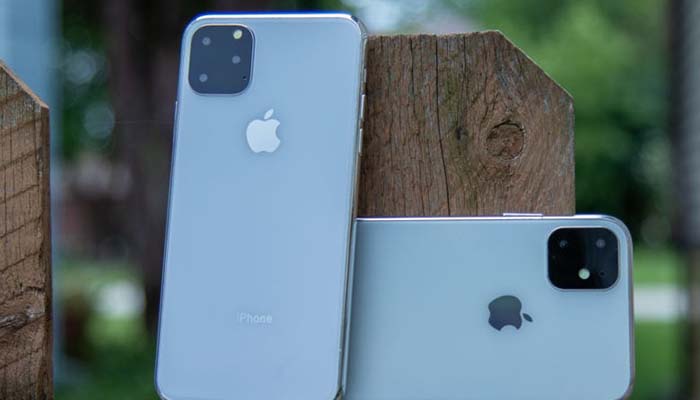 New rumors around the iPhone 11 are swirling, and they’re all rather impressive. Apple’s had some issues lately moving phones, as people are keeping their older phones longer and technology is plateauing. The suite of new features in the iPhone 11 seemed geared to both impress tech-heads while also converting people who are hanging on to their iPhone SEs still. Let’s take a look at the newest iPhone 11 rumors.

The notorious camera bump that has been speculated to be coming in the iPhone 11 has looked ugly in previous mock-ups. The large, protruding square with a cluster of three cameras throws the entire appearance of the back of the phone off. Thankfully, some newly-leaked concepts show the iPhone 11’s three-camera array will be on a much more subdued bump from the back of the phone.

New mockups show the camera bump has rounded corners, a staple of Apple design, as well as a sleek profile that barely pops up from the back of the phone. This design looks much more stylish and professional, and we’re happy to see it rather than a larger, square-shaped version of the iPhone X’s camera bump.

Everyone who owns an iPhone knows what a pain the mute switch on the side can be. If you’ve ever meant to have your phone on silent when it starts ringing during a meeting, you know what we’re talking about. This is due to the shape of the mute switch: it’s a thin bar that can simply be toggled forward or backward to silence or un-mute the phone.

Thankfully, Apple’s got a solution for this one cooked up for the iPhone 11. The newest phone looks poised to introduce the same silence-toggle seen on the more recent iPad models: a circular switch that is moved up and down, rather than forward or back. Hopefully this will cut down on the number of times the switch gets flipped in our pockets.

It seems like Apple is in the “if it ain’t broke, don’t fix it” camp when it comes to the phone’s glass back. Glass-backed phones started getting big in 2017 for a number of reasons. Firstly, the glass allows for wireless charging signals to pass through unimpeded. Secondly, on the same token, they’ll likely make it easier for 5G signals to be passed to the phone over the airwaves.

Another upside of an all-glass back is that is looks very stylish while also protecting the phone against damage. That might sound counterintuitive, but hear us out. The incredibly durable Gorilla Glass used in phones like the iPhone XR is actually even better at protecting your phone’s internal components than plastic.

Further returning designs include the return of the dual-camera sensor for Face ID and the lack of a physical front button. Apple’s been the sole company allowing for only Face ID to unlock their flagship phones, foregoing fingerprint scanners altogether. This has made the iPhone X and its family of phones a very futuristic and natural device for Apple users.

The lack of a physical front button means that this iPhone will also necessitate the use of gesture controls to navigate iOS. This news might be disappointing for people who were hoping that Apple would reintroduce the older style of navigation using the physical front button. For fans of the clean and easy-to-use buttonless iOS, however, this is great news.

When Will it Release?

If this year is anything like previous release years for Apple, we could expect to see the iPhone 11 landing sometime in late September. We’ll likely see a full and proper unveiling of the device during the week of September 8th.