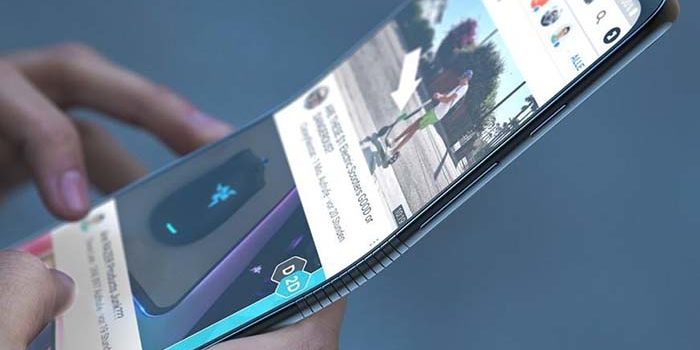 Samsung Galaxy Fold Postmortem: What Happened, and What’s Next

The Samsung Galaxy Fold is dead, but its legacy may live on. Following the disastrous prototype phase in April of this year, Samsung indefinitely...

The Samsung Galaxy Fold is dead, but its legacy may live on. Following the disastrous prototype phase in April of this year, Samsung indefinitely delayed the release of their purportedly revolutionary folding smartphone. Issues like screen failures, bulges under the plastic screen and serious overheating caused Samsung to go back to the drawing board with the unproven design.

While the company initially announced that the device would see a wide-release by the end of May, that clearly didn’t happen. Now, months after what was to be its initial release date, it appears as though the Samsung Galaxy Fold is well and truly dead. While the massive 10.5-inch variation may never see the light of day, however, it appears that a more compact version of the design could be coming as early as the beginning of next year.

Three months ago, the tech world was abuzz with anticipation for the Galaxy Fold. To hear it told then, massive, tablet-sized screens that folded down to smartphone size to be pocketed were to be the future of cell phones. Today, the idea of such a massive folding screen being durable or usable as a daily device is laughable. How did this happen?

Well, Samsung sent out a few prototypes of the Galaxy Fold to journalists. And what happened next was a case study in design failure. Several handsets had their screens simply fail altogether when reviewers removed small film protectors from the screen, protectors that apparently were required for the screen to work properly. Other devices developed unsightly bulges under the screens from trapped debris. Others still had odd flickering and partial screen failures just from daily use.

The most recent word on the Samsung Galaxy Fold came late in June. In an interview with the Korean Herald, a Samsung spokesperson stated that nothing has progressed with the device since the April delay of the wide-release. While Samsung has made no comment as to the device’s cancellation, it seems clear that the version of the phone reviewers saw in April will never see a wide-release.

The true nail in the coffin for the original Galaxy Fold, however, isn’t the news that it’s proving hard to make viable. Instead, the news that Samsung is hard at work on the successor, a smaller, clamshell-like design tells the tale. According to a leak from ET News, the new design will likely see a mass-market release in early 2020.

Given that the original Fold has had no updates and there’s not even a release window, we can assume that Samsung’s putting it out to pasture. At the soonest, with no current news, Samsung could announce the original Fold for a Fall or Winter release. However, that would be foolish if they intend to release the device’s successor a short few months later.

Meanwhile, the Fold 2 appears to be a much sounder, more practical design. The screen is a more reasonable 6.7-inch size, making it comparable to some other premium smartphones. When it folds, it becomes a much smaller device with a simple one-inch display for showing notifications.

Why This is Better

This design is much more reasonable for Samsung, if not as exciting or flashy. We’re actually quite disappointed that the original, massive Fold didn’t work out, but it was always too good to be true. A tablet that folds into a phone that you can carry in your pocket is simply technology that’s a few years away.

Meanwhile, the updated design is a more practical and durable application of the existing folding-screen tech, making it something we’re excited to see. Hopefully it’s just the shot in the arm Samsung needs to keep their top spot against competition like Huawei!